Tech companies are accelerating their development of computerized glasses for consumers, in a competition between Facebook Inc. and others that proponents say will usher in a new way for consumers to use technology.

The devices feature augmented reality, which overlays digital content onto a person’s view of the real world. Augmented reality has been available for years in smartphone apps, such as Niantic Inc.’s hit game “Pokémon Go” and shopping tools that enable people to see how a coffee table might look in their living room. Now companies are pushing to put the same technology directly in front of consumers’ eyes, an effort that could open up a category of computing in the years to come if they can overcome technical, ethical and financial hurdles. 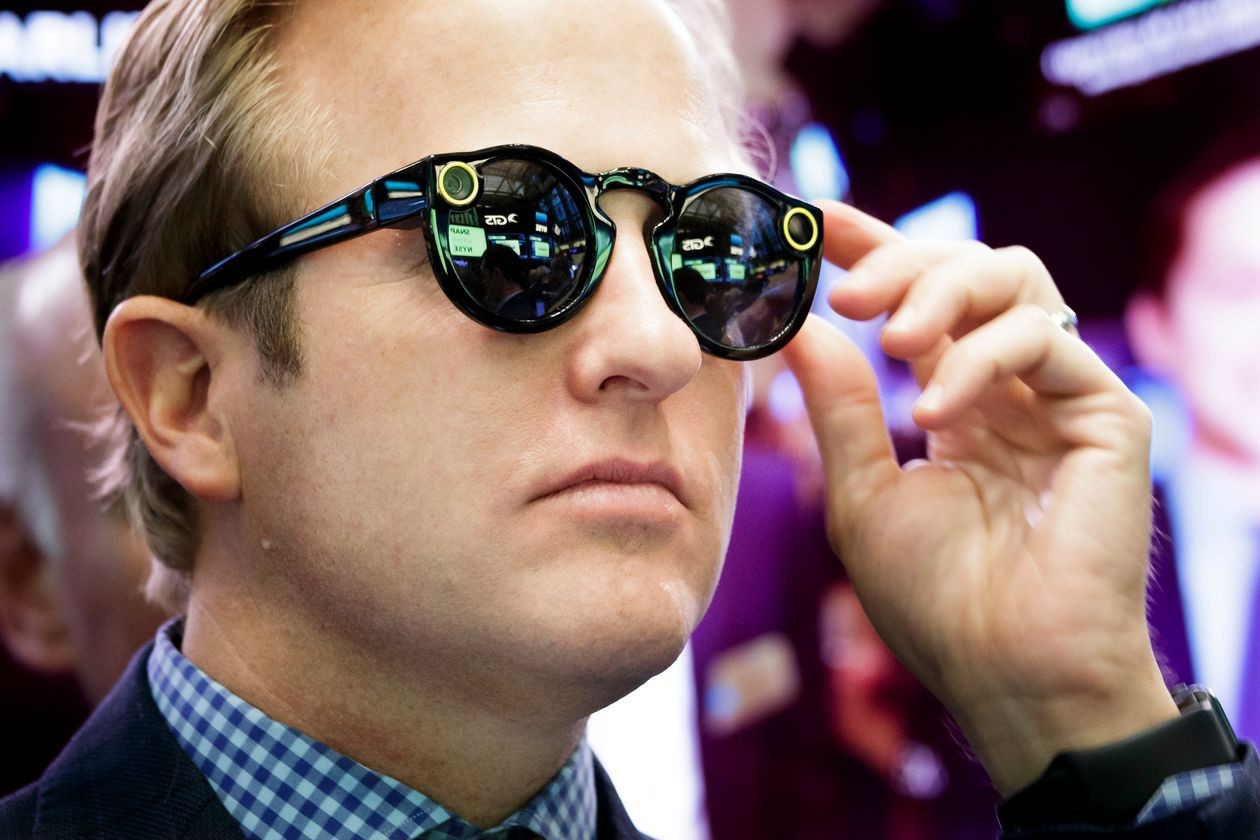 Facebook last month said it is working on AR glasses in tandem with sensor-packed wristbands that can detect finger movements, part of a broader push in researching the development of software and hardware to support the eyewear. As an interim step, the social-media giant this year is releasing eyewear with some tech capabilities in partnership with EssilorLuxottica SA’s Ray-Ban brand.

Other companies are guarding their plans. Apple is working on an AR headset for consumers, which analysts expect to hit the market as soon as next year, and has plans for AR glasses to follow. Analysts also say Snap Inc., SNAP 1.23% which already sells camera-equipped sunglasses it calls Spectacles, is developing consumer AR glasses, and that Alphabet Inc.’s Google, which entered the space in 2013 with Google Glass before focusing on sales to business customers, is likely to try a consumer play again.

The AR push reflects a belief among many technologists that face-borne computers could be a transformational class of products, enabling people to look up directions on a map, scroll through text messages or call up a recipe right before their eyes—and without losing sight of the real world. Tech companies see AR glasses as an opportunity to drive consumers to spend more time in their ecosystems, where they can show ads, sell products and pursue other moneymaking opportunities.

“To have a chance to potentially pioneer a new era is very exciting,” said Andrew Bosworth, vice president at Facebook Reality Labs, a Facebook unit focused on augmented and virtual reality. “This is a technology that doesn’t live in my pocket; it lives on my face.”

Virtual reality, or VR, is a technological cousin of AR that blocks out a user’s view of the real world for a fully immersive experience.

Early consumer items will have limitations with technology and design, and they may not be able to easily accommodate people who rely on prescription eyewear. Stylish, all-day-wearable specs where digital content is projected through lenses are at least a year away, analysts say.

Augmented-reality headsets and glasses already on the market primarily target professional and industrial users rather than consumers. Microsoft Corp. has taken that approach with its HoloLens headsets, and last week announced a deal worth up to $21.9 billion to build and support custom versions of those AR gadgets for the U.S. Army. Magic Leap Inc., a startup that has been developing AR gear, shifted its focus toward business customers and last year replaced its CEO with a senior Microsoft executive.

Niantic is developing augmented-reality glasses, which it says it plans to publicly test soon.

With earlier models of glasses, consumers had complained about battery life as well as a lack of functions beyond what could be done on a smartphone or other tech gadgets. “Joe and Jane consumer for the most part is comfortable with the tech they currently have,” said Ramon Llamas, research director of augmented and virtual reality at International Data Corp.

Adoption of consumer-focused AR glasses is expected to be slow at the start, as analysts estimate early iterations to cost around the same as a new high-end smartphone, which can be at least $1,000.

Consider the gradual increase in sales of Facebook’s Oculus headsets that use virtual reality. Global unit sales of Oculus headsets—one of the top-selling VR devices—were 3.5 million in 2020, up from 400,000 in 2016 when the device made its debut, according to market researcher International Data Corp.

IDC estimates that fewer than 1 million units of AR glasses and headsets will be sold this year, but projects that will grow to 23.4 million units in 2025, with businesses accounting for roughly 85% of purchases.

“That’s a combination of things that are extremely hard to pull off,” he said. “The full tech stack-and-supply chain for Iron Man’s glasses doesn’t exist yet.”

Mr. Hanke said Niantic soon plans to do public testing of its AR glasses. He expects competition to rise as the underlying technology evolves, but noted that the most lucrative aspect of AR will be in software.

“A lot of the magic in AR is going to come from the device knowing your place in the world,” Mr. Hanke said.

Another challenge for companies making AR glasses is dealing with issues such as user privacy and security. Facebook is soliciting feedback from tech experts, regulators and consumers on this front, Mr. Bosworth said. For example, he said it will be important to consider how people might feel talking to or just walking past someone wearing AR glasses.

“These things are going to have always-on cameras, always-on microphones,” Mr. Bosworth said. “This really is a technology that demands a public conversation about what the capabilities are going to be, what’s acceptable and not.”

Facebook is aggressively spending to recruit top-tier AR and VR talent, according to people familiar with the company’s plans. A Facebook spokeswoman declined to comment on the size of the company’s investment in AR and VR or its recruiting strategy in those areas.

Source- Hodinkee Twenty twenty-one has been the year of the green watch, and not just in dial colors ranging from lime to pine. While the young year…

Source- Hodinkee  The new Tissot PRX Quartz collection is a shockingly good value proposition. Sometimes, a watch is simply so good that…