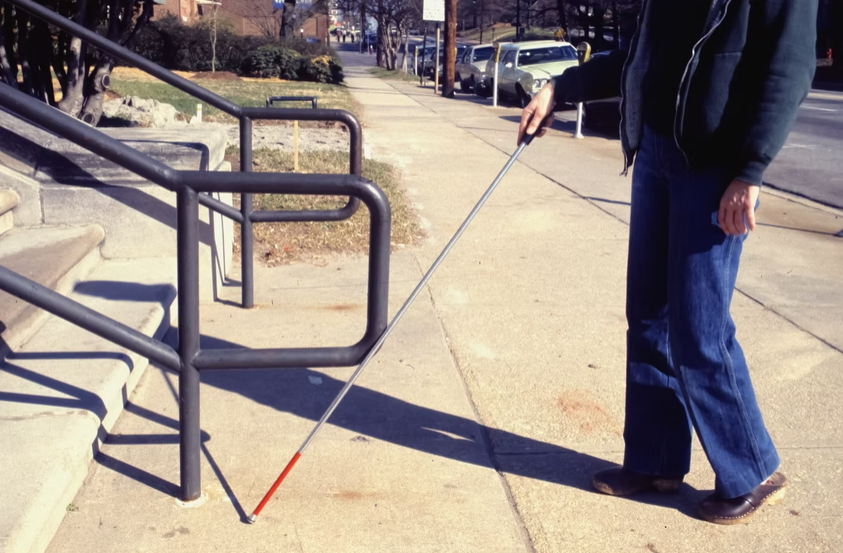 OrCam MyEye is a small wearable device that provides a solution to users with vision problems. The small device can be attached to the glasses.

It has a built-in camera, a cable that can be connected to a bigger device that is the same size as a smartphone and a speaker. Once the device is ready to go, you can have it read things for you.

TechCrunch had visited OrCam's headquarters in Jerusalem to know more about the incredible innovation. Users need to point at the text they want to be read to them and wait for a couple of seconds for the device to read it.

The user then needs to move their finger around or just put the palm of their hand on the text in order to stop the device.

The device can read the text in a book, newspaper, magazine, and even on a bottle, on a business card, or a box. If the user holds the text upside down, the device will notify and instruct the user to turn it around.

If the user is looking at money, for example, $10 bill, it will tell the user that it is $10. This is really helpful for visually impaired users who have problems identifying money. Also, if the user is trying to read the text in a different language, the device will translate it word for word.

The second important feature of the device is facial recognition. It can help the user figure out who is in front of them. For example, if the user hears someone talking to them, they can just orient the face toward the one talking to them.

The device will tell them the person's name if the face was previously recorded in the system. If it is an unknown person is talking, the device will give the user hints by describing their facial features, according to JPost.

Users do not need to pair the OrCam MyEye Pro with their phone, as all the processing happens on the clip. It is not stored on a different server, and it protects your privacy.

The Orcam MyEye clip has been available since 2017. It costs around $3,500, but the price does make sense, especially since the features were developed using outstanding technology.

As of 2022, Orcam is working on the next model of the OrCam MyEye. However, the official launch of the new model is still years away. Critics and users loved the device as it made life a little easier for them.

Compared to the MyEye Pro, the upcoming model is much smaller because it will work without the companion device. It will feel like the user is just wearing normal glasses, and no wire is attached behind the year, and users no longer need to carry around the brick that translates the text for them.

OrCam was able to develop great computer vision algorithms that made MyEye possible.

OrCam is not the only company working on hi-tech glasses. Last year, Ray-Ban's Stories glasses had updated their feature and now allow users to send and receive messages via Facebook Messenger.

Source: Meta Ray-Ban launches smart glasses that give you a new way to capture photos and video, share your adventures and listen to music or take…

Founded in 1987, Maui Jim is the world’s largest independently owned high-end eyewear brand with a leading position in North America.…

Source - Hodinkee After the success of last year's Q Timex HODINKEE Limited Edition, Hodinkee knew it wouldn't be long before we…