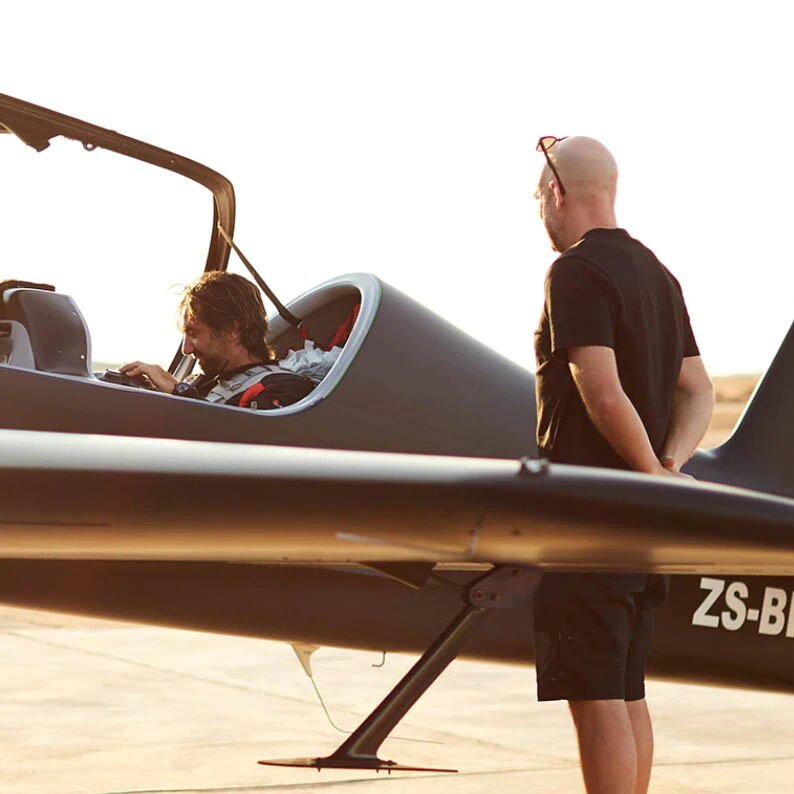 On Sept. 4, 2021, Italian aerobatic and racing pilot Dario Costa once again proved his precision and skill with a world-record-breaking flight through two auto tunnels near Istanbul, with Hamilton as Official Timing Partner.

After a year of planning and practice, Dario took off in the cockpit of a specially modified Zivko Edge 540 race plane just after dawn. Limited overhead clearance required him to maintain a steady flight path around 70 cm from the asphalt, and 4.0 meters from each wingtip to the tunnel’s concrete sides.

Completely enclosed and in near-darkness, Hamilton ambassador and Red Bull athlete executed a tricky takeoff in the first tunnel, continued through an open-air gap and then into the second tunnel – all at 245 km/h, flying less than one meter from the ground.

Originally launched in 2014, the Khaki Aviation Takeoff Automhttps://rivolishop.com/HAMILTONatic Chronograph features a unique function created to meet the needs of pilots: a removable case and mount. Wearers can ‘takeoff’ the case without removing the full watch and attach it to its fixed mount on a cockpit dash.

In celebration of Dario’s record-breaking flight, Hamilton worked with him to produce a new Khaki Aviation Takeoff Automatic Chronograph – a special edition limited to 100 pieces, the number a reference to the maximum possible flying height of 100cm inside both tunnels.

Powered by our H-31 automatic chronograph movement, the 46mm Takeoff features two sub dials and a bi-directional turning flange for easy countdowns. As a nod to the dangerous tunnel flight, the limited edition piece features yellow-ringed counters: The 12 o’clock sub dial has been adapted to a 15-minute countdown to correspond with the maximum stunt duration, and at 6 o’clock is a 60-second counter.

Explore Hamilton watches at Rivoli stores and online on rivolishop.com.