OMEGA launched a new ad campaign on the Burj Khalifa in Dubai to celebrate the release of the new James Bond film, No Time To Die.

OMEGA has been associated with the 007 franchise since 1995, when the Seamaster Diver 300M timepiece was first worn by the actor Pierce Brosnan when he played the role of agent 007. Considering the historical connections of OMEGA to the Royal Navy, it was no surprise that the brand was selected as Commander Bond’s watch of choice.

Now, more than 25 years later, when Daniel Craig embarks on his final portrayal of 007 in No Time to Die, OMEGA has come out with a special Seamaster Diver 300M 007 Edition, developed with input from the actor himself. The 42mm Seamaster Diver 300M 007 Edition is made of strong yet lightweight Grade 2 Titanium, with a brown tropical aluminium bezel ring and dial. Slightly slimmer than the standard Diver 300M models, which is due to the doming of the sapphire-crystal glass, it is presented on a Grade 2 Titanium mesh bracelet with an adjustable buckle.

OMEGA President and CEO Mr. Raynald Aeschlimann said, “To mark the release of the highly anticipated 007 movie on September 30th, we are truly excited to launch a television campaign to showcase the OMEGA timepiece in the new movie. It’s great to see that our partners and distributors in this market, the Rivoli Group, have heightened its visibility by launching the ad campaign on the iconic Burj Khalifa”. 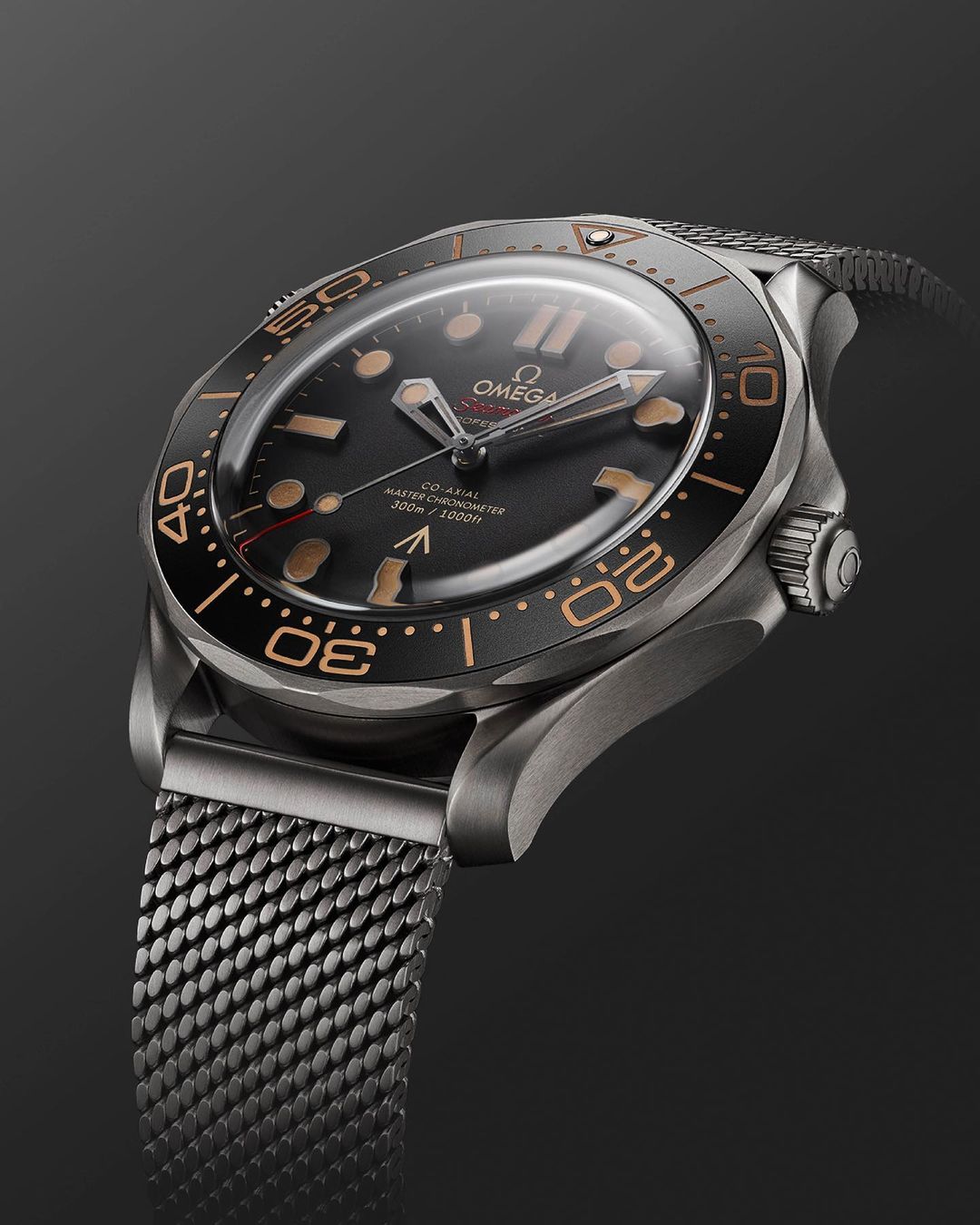 Set your sights on James Bond’s newest timepiece! OMEGA worked closely on the development of the Bond watch with Daniel Craig and the James Bond filmmakers. This non-limited watch has been built with military needs in mind and the final design was influenced by Daniel’s own experience as 007.

Grade 2 Titanium has been used for the 42 mm case and titanium mesh bracelet, making this watch particularly strong and light. Perfect for an undercover agent. It is also available on a striped NATO strap.

The “tropical” brown dial and bezel ring are both made from aluminium. These elements have been given a classic look, thanks to the vintage Super-LumiNova, which fills the diving scale, blackened hands and indexes. 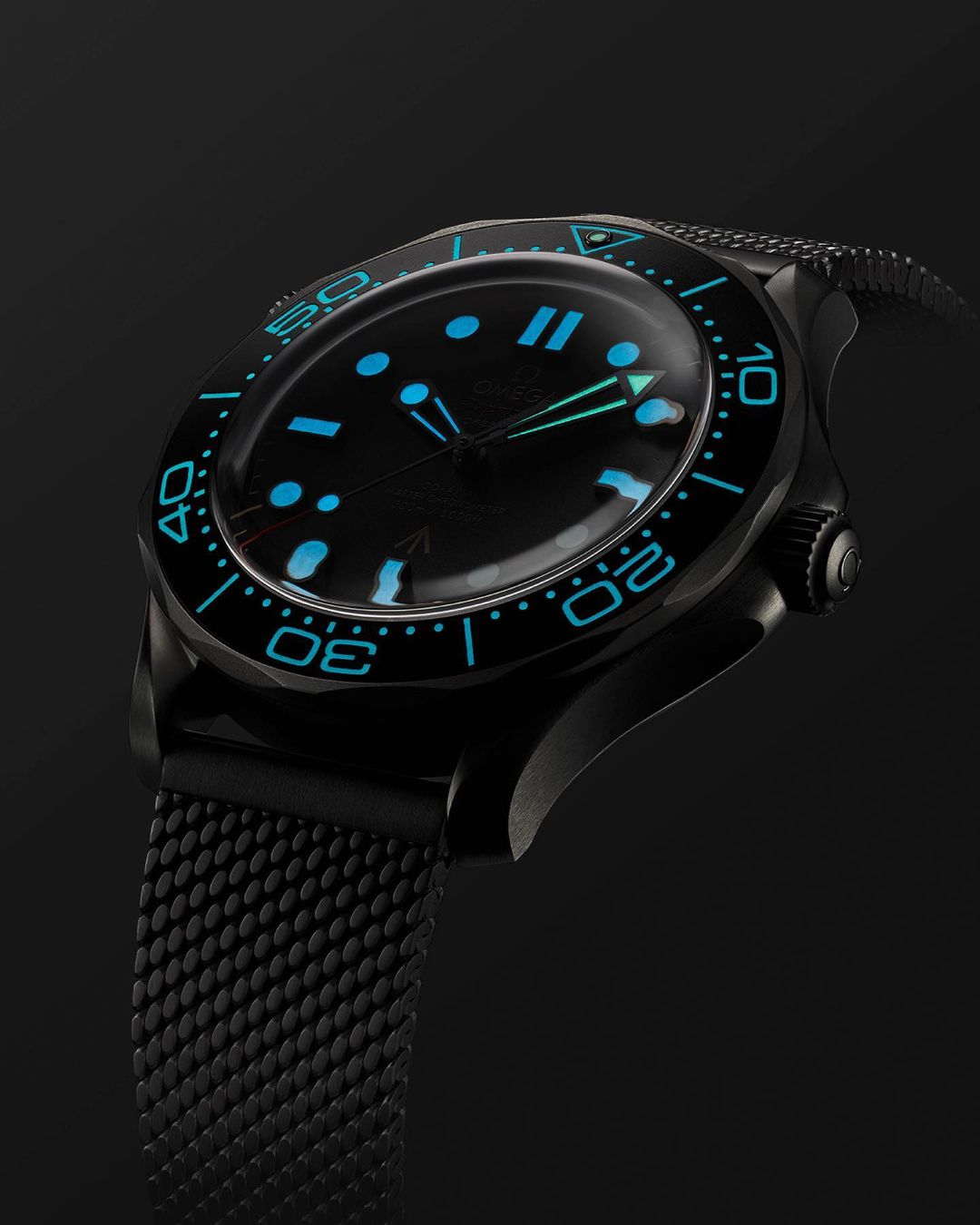 The watch can be chosen on a titanium mesh bracelet with its innovative adjustable buckle, or on a striped NATO strap in dark brown, grey and beige, with 007 engraved on the loop. Each piece is delivered inside an exclusive brown fabric pouch.

Available at OMEGA boutiques, Rivoli stores and online on Rivolishop.

Swatch and Omega come together for an innovative take on the legendary Speedmaster Moonwatch. Outer space inspires a new collection of eleven…

A writing tribute to the great pioneer and visionary founder of the prestigious Ferrari automobile marque For high-resolution images, please visit:…