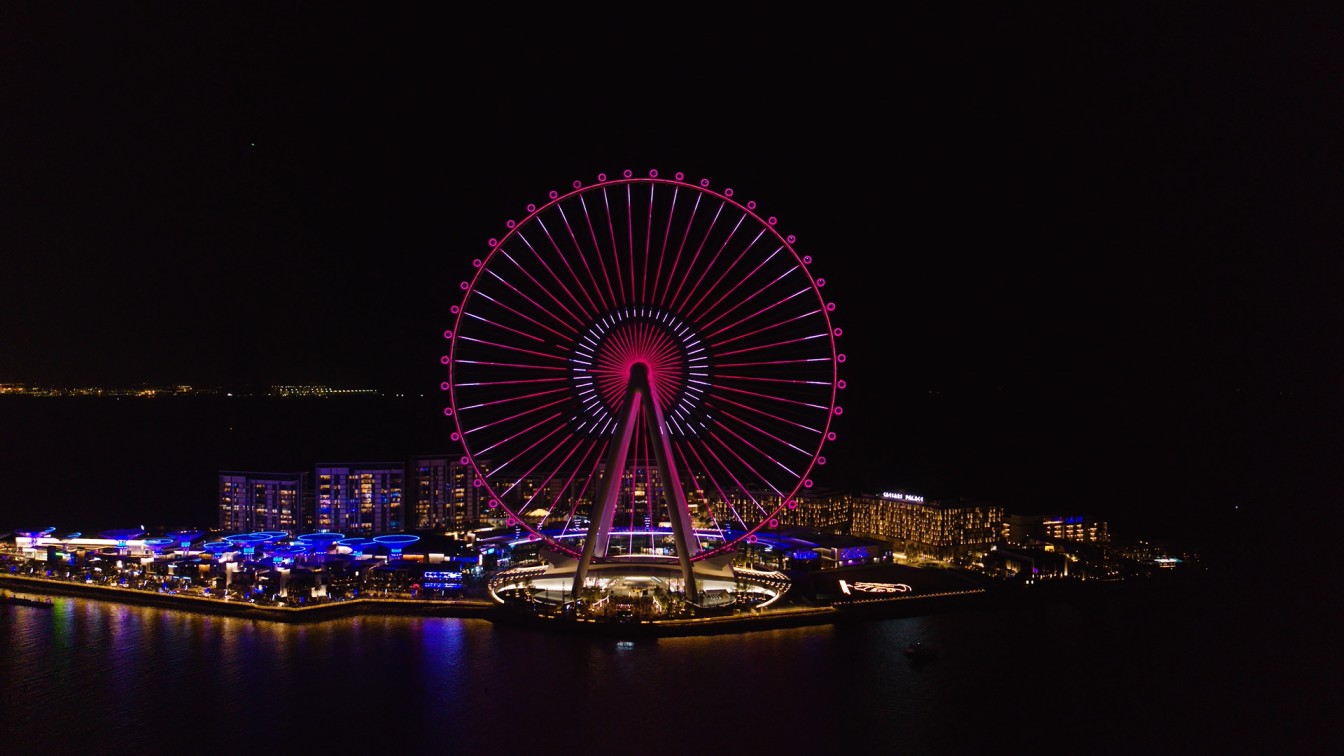 OMEGA and Rivoli Group greeted the New Year with a special countdown clock projected on the world’s highest observatory wheel: the Ain Dubai, on 31st December 2021.

Strongly associated with precision and the Official Timekeeper of many global sporting events, including the Olympic Games, OMEGA brought its timekeeping expertise to the 2022 countdown on the Ain Dubai Wheel, creating one of the largest countdown clocks in the world.

This was also the first time ever that a countdown clock has been showcased on the Ain Dubai.

Two countdowns’ of one minute each at 22:00 and 23:00, helped build up the excitement before the much-awaited stroke of midnight.

The final 10 seconds of the countdown to the turn of the year was displayed by the classic OMEGA watch dial. The light show continued for 2 mins after midnight and was accompanied by a display of fireworks that lit up the Dubai skyline.